Here we are at the third installment on this issue. When I wrote the first part, I thought that it would be a stand-alone article and I would move on to a different subject. However, I keep feeling that there is much more that needs to be said to help us to love those who are deeply enmeshed in this new tolerance, which actually is extremely intolerant of any other viewpoint than their own.

We have already covered how quickly we can be labeled as a “phobe” if we express alternatives that are based on truth rather than emotion. However, it is not enough for us to make that the end point of dialogue. We need the courage to press through to a place of showing true love and compassion to these people.

Having said this, we must remind ourselves that we are on a mission field, not a battlefield. Our new tolerance friends want to make this a battlefield, we should not respond in kind. In the book titled The New Tolerance by Josh McDowell and Bob Hostetler, they say it like this “Jesus taught love before all else. He taught love, but never at the expense of truth… because real love will not ignore the truth. His word teaches that we should love in truth and speak the truth in love.” Jesus didn’t shut up or disengage with people because he was afraid that he might offend them. No, he took it upon himself to speak the truth in love. He often chose to answer a question with another question in order to probe the true intentions of the individual. He did this to help them discover the deeper issues that they were facing. 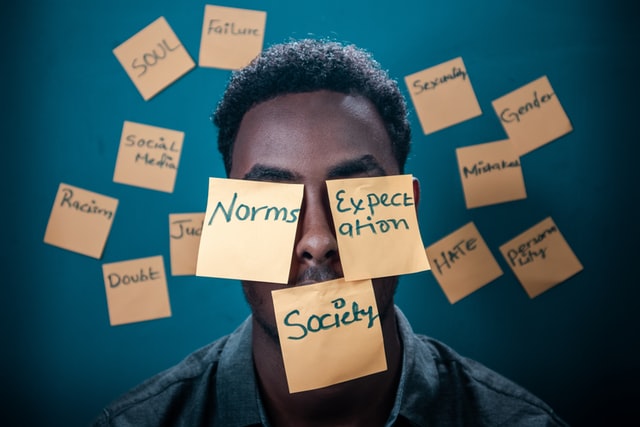 In order for us to speak the truth in love, it is important for us to be humble in seeking after and standing for truth, because it is not up to us to have the authority within ourselves to judge right from wrong. However, God does have that authority and we should humbly and lovingly point to what God says on the matter at hand. McDowell further says “The problem is, Christians have too often failed to respond in a truth bearing loving manner to people whose views are unbiblical or whose actions are immoral. We have too often stopped far short of the Christlike response of loving compassion and instead ministered condemnation of people’s beliefs or behaviors. Instead of aggressively loving those who believe or behave differently than we do and humbly pointing them to the truth, we have tended to be restrained in expressing love and acceptance, and arrogant in speaking truth, as though we, rather than God, had the authority to judge those outside of the church.” Ouch, I don’t want to be that person, however I don’t want to disengage in the conversation because that is not love either.

At the end of the day, it is the Holy Spirit that is the missionary convincing the world of sin, righteousness and judgement. Our job is to be witnesses of the crucified and risen Christ, not to be judges over others. We are to be light bearers that pierce the darkness. Our focus is on the light of Christ.