God in the Gaps Part 2

God in the Gaps Part 2

For the wisdom of this world is folly with God. For it is written, “He catches the wise in their craftiness,” and again, “The Lord knows the thoughts of the wise, that they are futile.” (1st Cor. 3:19-20 ESV)

In last week’s entry we talked about “God in the Gaps” and I would like to do a little further explanation into ideas that skeptics may hold concerning this.

One aspect held by scientism is that when someone (Christian) claims that God is the originator of something, they would then view it as the end of the story. In other words, we don’t need to investigate the reason for a cause because God did it. They would hold that this viewpoint is toxic because it shuts down scientific discovery. This assumption is not necessarily true and does not represent a defeater to faith in God.

Take for example our total solar eclipse that occurred earlier this week. What a glorious event it was to see, not because we worship the Sun, but rather that we see how creative God is to position the Moon to be about 400 times smaller than the Sun and 400 times less distant in order to make a perfect total eclipse to occur (The fine tuning required for this is very herculean.) We also embrace the science involved in tracking the movement of these bodies in order to know when the eclipse was to take place. I believe that Science and Faith are not meant to be polar opposites but rather meant to complement one another.  After all it was God that made science possible in the first place. 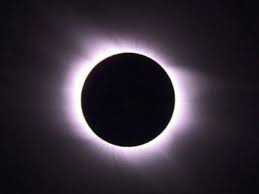 While there are some people who say that faith should not involve the intellect at all (fideism), this view does not represent the main stream of Christianity. For most people, stating that creator God is responsible for ultimate origins doesn’t mean that we should not be engaged in figuring out how He did certain things. In fact, many of the early pioneers of science were Christians who were interested in seeing how God’s creative power and abilities are evident in our amazing universe. So the argument that God in the Gaps attempts to destroy scientific discovery is just not true.

To quote Louis Pastuer: “Science brings men nearer to God. The more I study nature, the more I stand amazed at the work of the Creator.”

An impressive list of quotes from world class Scientists.

Articulate combination of Science and Faith working together in harmony.