For what can be known about God is plain to them, because God has shown it to them.  For his invisible attributes, namely, his eternal power and divine nature, have been clearly perceived, ever since the creation of the world, in the things that have been made. So they are without excuse. For although they knew God, they did not honor him as God or give thanks to him, but they became futile in their thinking, and their foolish hearts were darkened.  Claiming to be wise, they became fools.   Rom 1:19-22 (ESV)

In last week’s blog post I mentioned the term “God in the Gaps or God of the Gaps” and I would like to further explain what the term means and the implications that skeptics try to impose by using this argument.

“God in the Gaps” can be explained as follows- When we see something that is difficult to understand and we don’t know the answer to how it came about, we just proclaim that God by default did it without striving to find a natural explanation for the cause.

Take for example the question, why do the leaves on deciduous trees change color from green in the summer to red and gold in the fall? Before the discovery of chlorophyll being present in leaves, the assumption was that it was God who changed their color. We now know that the leaves are actually the underlying color of red or yellow and it is the presence of chlorophyll that makes them green in summer. 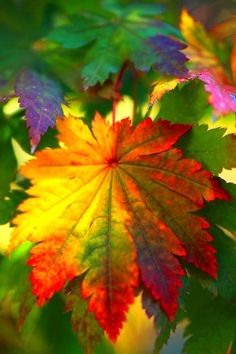 This is all well and good as part of the scientific discovery process. A problem arises that is connected to the worldview ideas that naturalism holds concerning “God in the Gaps.” This idea holds that the more that scientific discovery grows… the less the need for God to be the reason for explaining how things work. And over time, science will grow larger and larger while in the meantime, God will grow smaller and smaller and eventually vanish from existence. This viewpoint, though widely popular today is fundamentally irrational. God is not growing smaller because of science. He created science! Also the more that science discovers, the more realization that more unanswerable questions spring up as a result of scientific discovery. It is apparent that God has wired us for a desire for discovery of how things work that ultimately leads us back to Him.

A naturalistic worldview holds that science has advanced so far at this point that there is no need of God to explain anything at all. As a matter of fact, any explanation no matter how far-fetched or unscientific is a better explanation than God doing something. We see this in the proponents of a multiple universe theory (multiverse). There is no way to scientifically rationalize such a viewpoint, but at least in their minds it is better than God.
So when someone claims that you are using “God in the Gaps,” he is basically saying this in an attempt to invalidate all of the truth claims you are making without being willing to look at the facts presented. When I hear someone use the terminology of “God in the Gaps,” I am very purposeful about telling them that the information for intelligent design with purpose in mind is made by information that we do know rather than on what we don’t know. It is not an idea based on ignorance but rather what is the most likely explanation for the cause of the complexity that we see in design all around us.