Learning how to Discover Design Part 2

In last week’s entry we looked at the process of developing a mindset that is willing to look at the potential for design in the things that we see around us, rather than attributing everything as the product of chance, natural selection or necessity. Once you become willing to consider this, you will see a wide vista of evidence for such a position.

The conditions necessary for life to exist in our universe are so improbable that the best possible explanation without a doubt is that our universe was created by a super-intellect from outside of our cosmos. By looking at the evidence forensically such as a case in a court of law, there is overwhelming demonstration to conclude that God supernaturally created our universe.

Last week we talked about the synergy of multiple portions of evidence being much more powerful than just having 1 or 2 pieces. Moreover, if each piece of evidence is statistically so very unlikely, that further strengthens the case. “For example, the rate of the expansion of the universe is incredibly fine-tuned to 1 x 10 to the 55th power. Any faster and there would be no formation of galaxies. Any slower and the universe would collapse inward upon itself. The probability of carbon atoms forming by chance is about 1%. The ratio of the electromagnetic force to the gravitational force is fine tuned to 1x10 to the 40th power. Increase the ratio and only small stars can exist. Lower the ratio and only giant stars will form. Both are required for life to exist”. These numbers are not my own, they are direct quotes from a book titled God’ undertaker, has science buried God? Written by Dr. John Lennox , mathematics professor at Oxford.

In addition, there are many more parameters that are necessary for life to exist. Our Sun has to be the exact right type and size. The distance from the sun to the earth is critical. Having a large moon to protect us from asteroids is important. The axial tilt of our planet in necessary for seasonality. There must be large amounts of water available to sustain life and there must be a water cycle as well. There must be tectonic plates, as well as a liquid iron core to generate a magnetic field to protect us from harmful rays from the sun. Our orbit must be stable and close to circular in its path around the sun. Having the large planets of Jupiter and Saturn in our solar system are critical to protect the earth from harm. Having the proper mix of gases in our atmosphere and at the same time being transparent is also necessary for life. The earth’s rotation must be the exact right speed. Surface gravity and temperature are critical within a few percent. The distance to other stars is far enough away to allow for life to exist. The size of our planet is just right which is also important. A terrestrial surface is also necessary for human life. 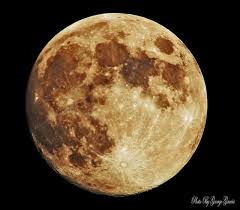 All  of this information is attested to as non-controversial, meaning that scientists will be in agreement as to the fine tuning required for life to exist. Also, this list is not exhaustive; I have not mentioned any of the complexity found in life forms yet which will bring further amazing evidence to the table. I will develop this further in a later post.

Gen. 1:1 In the beginning, God created the heavens and the earth. (ESV)